I have always felt jaggery based sweets are more traditional… might be because special occasions are marked by those made of jaggery. Pongal is celebrated with sarkkarai pongal which is sweetened by jaggery. Diwali though not a traditional tamil festival, is marked by adhirasam which is again made of jaggery. Or more so because, in today’s world everyone prefers making the comparatively easier sugar based sweets to the time-consuming  jaggery based sweets.

Adai pradhaman is one such sweet. Though it is more popular as a kerala payasam or kheer, the people of tirunelveli district of tamilnadu, having proximity geographically to kerala also prepare this payasam. When we were young, adai – flakes of cooked rice – the base of this payasam was not available in shops in chennai. My grandmother used to send from tirunelveli where it was made in bulk. In kerala, it is made fresh for the payasam.  Nowadays it is very easily available in packets in most of the indian shops even if we live abroad.

Till today, I believe adai pradhaman is the most heavenly and divinely of all payasams! The smell of adai or flakes of cooked rice, cooked in jaggery, and coconut milk added slowly would travel around the house… not to leave the cashewnuts fried in ghee poured on top of it.  Another payasam to come close to this would be paasi paruppu payasam/ dehusked green gram (moong dhal) payasam (recipe shortly).

Unlike Kerala where adai pradhaman is a festival sweet, in tamilnadu or more specifically tirunelveli, it is prepared for guests and special occasions. Sometimes it used to be a sunday special and I used to be so delighted to have tirunelveli special in chennai! Now to the recipe..

palm jaggery might give a darker colour to the payasam 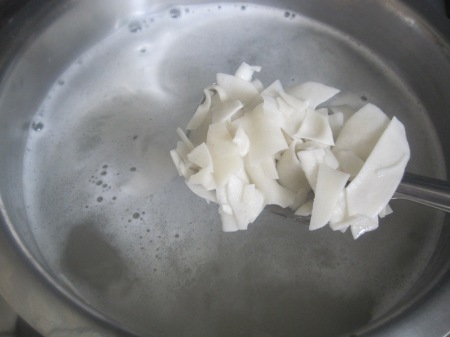 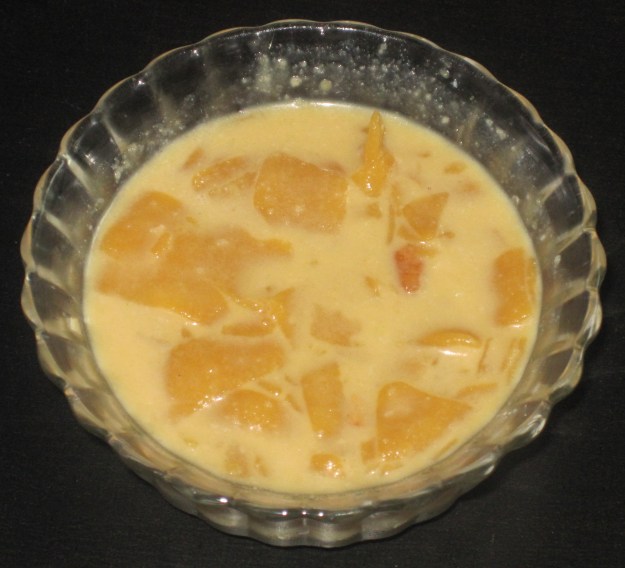